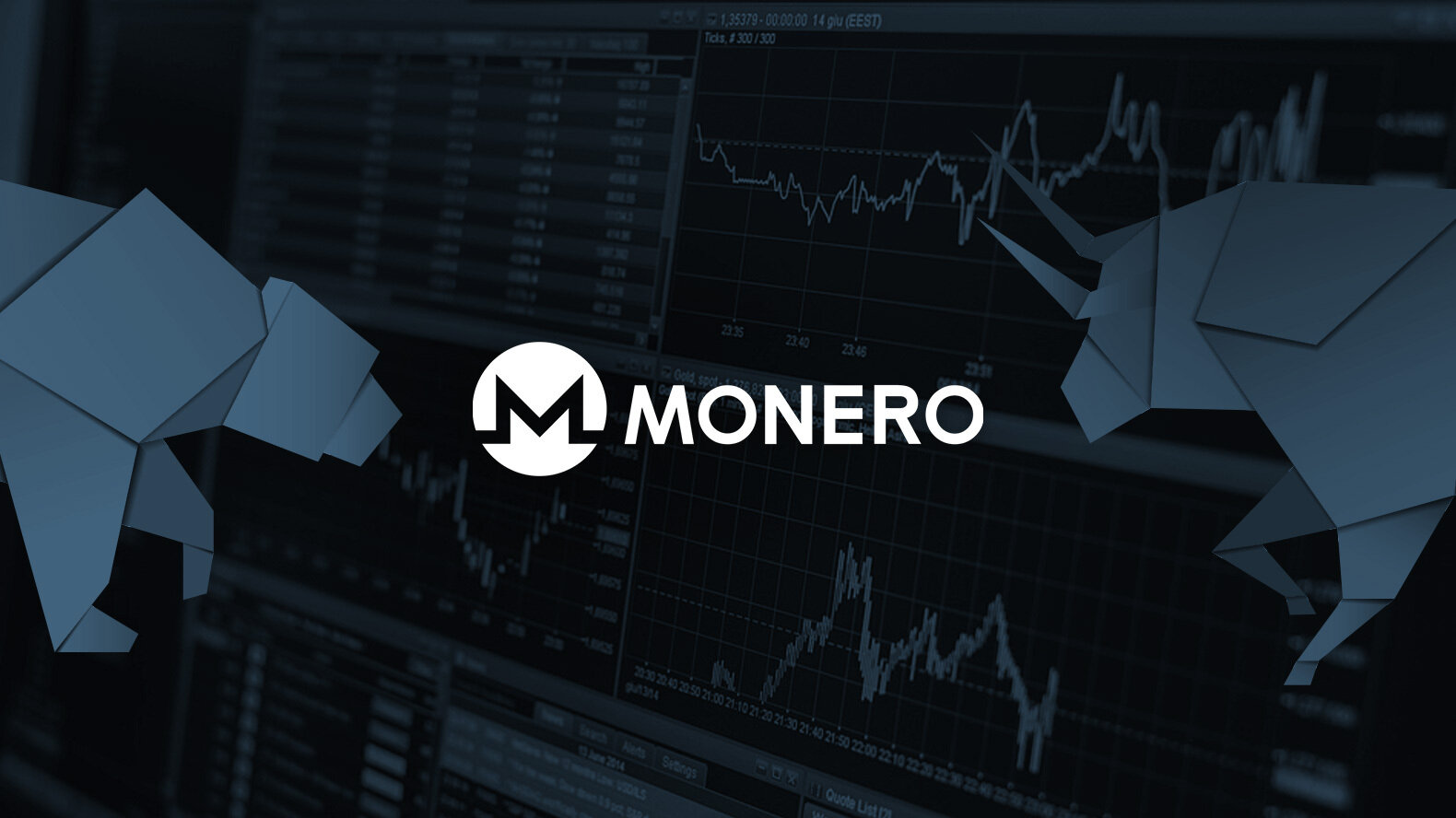 *Price at the time of writing

Monero is up by a strong 16% today as the cryptocurrency breaks back above the $300 level. The coin had set a new high in May at around $518.90 but started to head lower during the industry-wide capitulation that occurred.

It seems that privacy coins are starting to get some more traction after regulators such as the Australian Tax Office (ATO) announced that they have the ability to view transaction data from cryptocurrency exchanges. This announcement caused a surge in privacy tokens as future regulation is likely to be pretty invasive to ensure that all crypto traders pay their share of taxes.

In other Monero news, the COMIT Network recently released their XMR-BTC atomic swap product on the Monero network. This allows users to easily swap between BTC and XMR through on-chain transactions without the need to go through a centralized exchange such as Binance.

This keeps in line with the privacy focus for Monero and provides a method for traders to trade between BTC and XMR without having to give up their anonymity to a centralized exchange or institution.

Monero is ranked in the 23rd position as it presently holds a $5.56 billion market cap valuation. 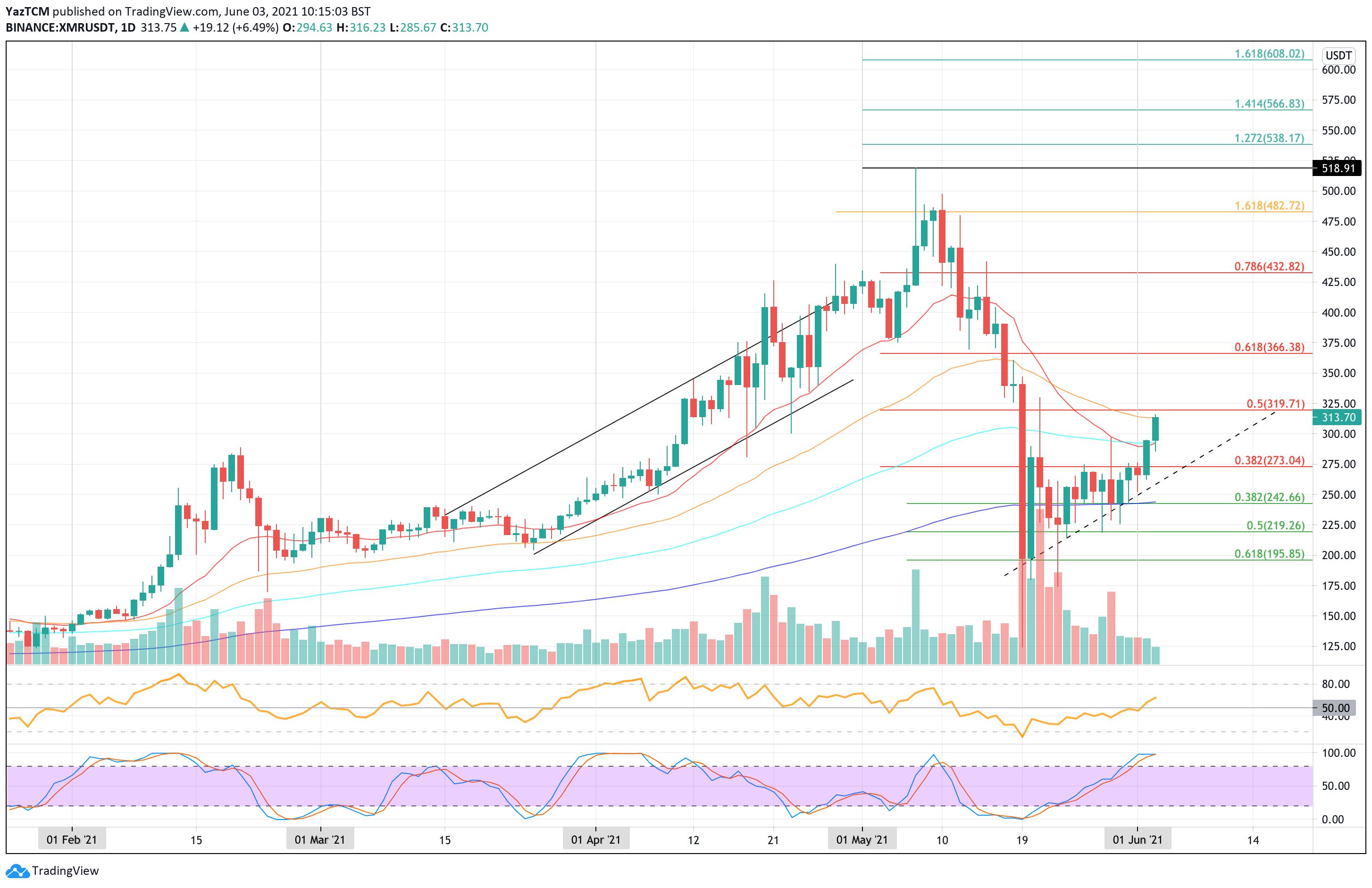 What has been going on?

Taking a look at the daily chart above, we can clearly see the disastrous month of trading for XMR during May. the coin started the month off well as it reached a high of $518. More specifically, XMR could not close a daily candle above resistance at $482 (1.618 Fib Extension level) and started to head lower from there.

During the mid-May market sell-off, we can see that XMR fell from around $350 and continued to plummet as low as $125. By the end of the “black Wednesday” market capitulation, the bulls had recovered slightly to allow XMR to close above support at $195 – provided by a .618 Fibonacci Retracement level.

The market rebounded from this support throughout the remainder of May but struggled to break resistance at $273, provided by a bearish .382 Fib Retracement level. It did establish support at $243 (.382 Fib & 200-day MA) over the past week as it ranged between there and the resistance at $273.

Yesterday, XMR finally managed to overcome $273 as it pushed higher into the 100-day MA level near $300. Today, the bullish surge continued that allowed XMR to break $300 and reach the 50-day MA at $315, where it currently trades right now.

Where Is The Resistance Toward The Upside? 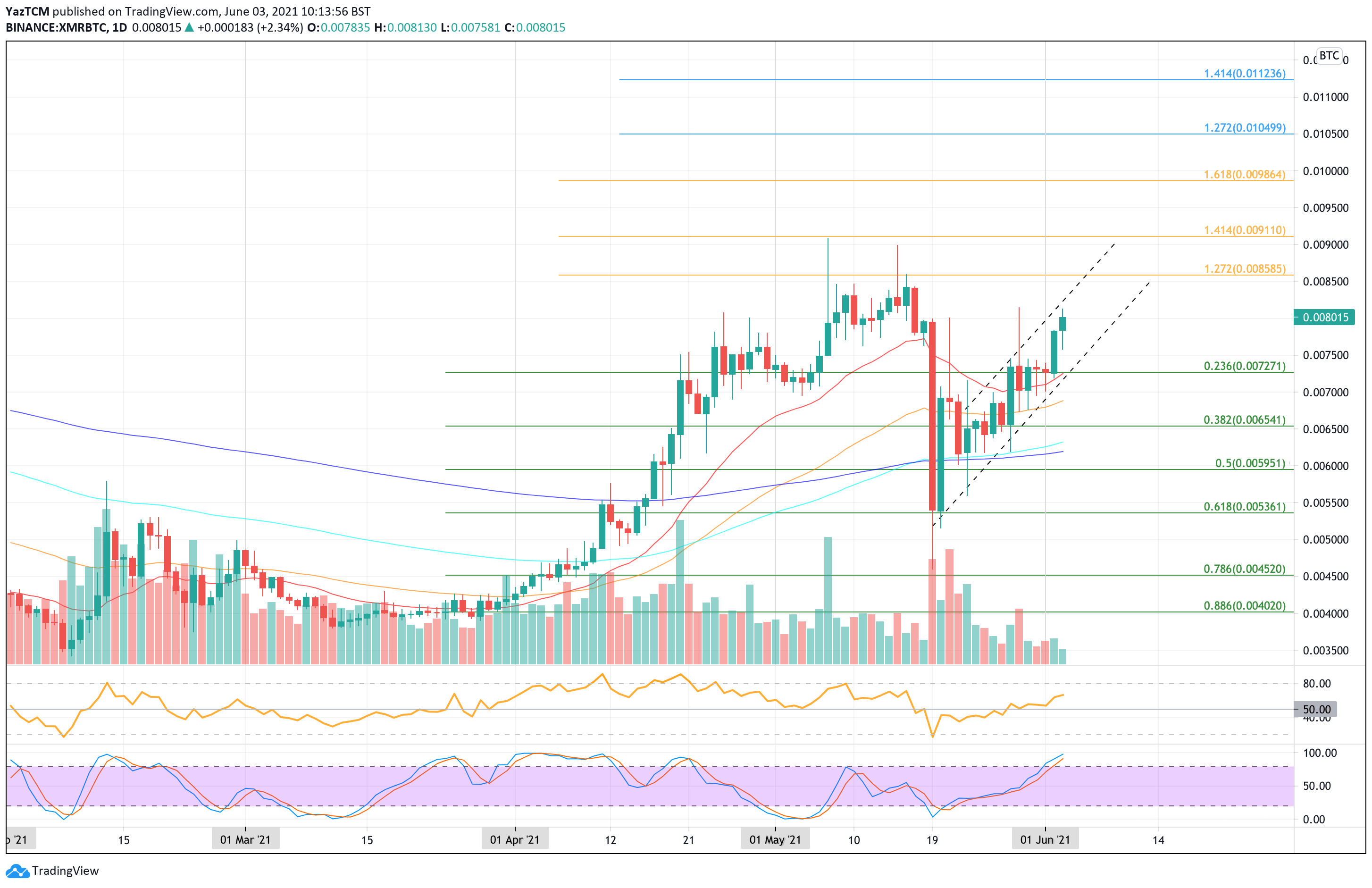 What has been going on?

XMR is performing well against BTC as it starts to edge close to the May highs around ₿0.009. It dropped lower during the market capitulation in May to reach the support around ₿0.00536 (.618 Fib Retracement).

It rebounded from this support and started to recover quite quickly as it trades inside an ascending bullish price channel. Yesterday, XMR pushed higher above ₿0.0075 and is now trading at ₿0.008 today.

XMR is neutral right now and would need to close a daily candle above the resistance at ₿0.0085 to turn bullish. On the other side, it would have to close beneath the support at ₿0.00536 (.618 Fib Retracement) to be in danger of turning bearish again.

Where Is The Resistance Toward The Upside?

How We Built a Smart Inventory on a Blockchain