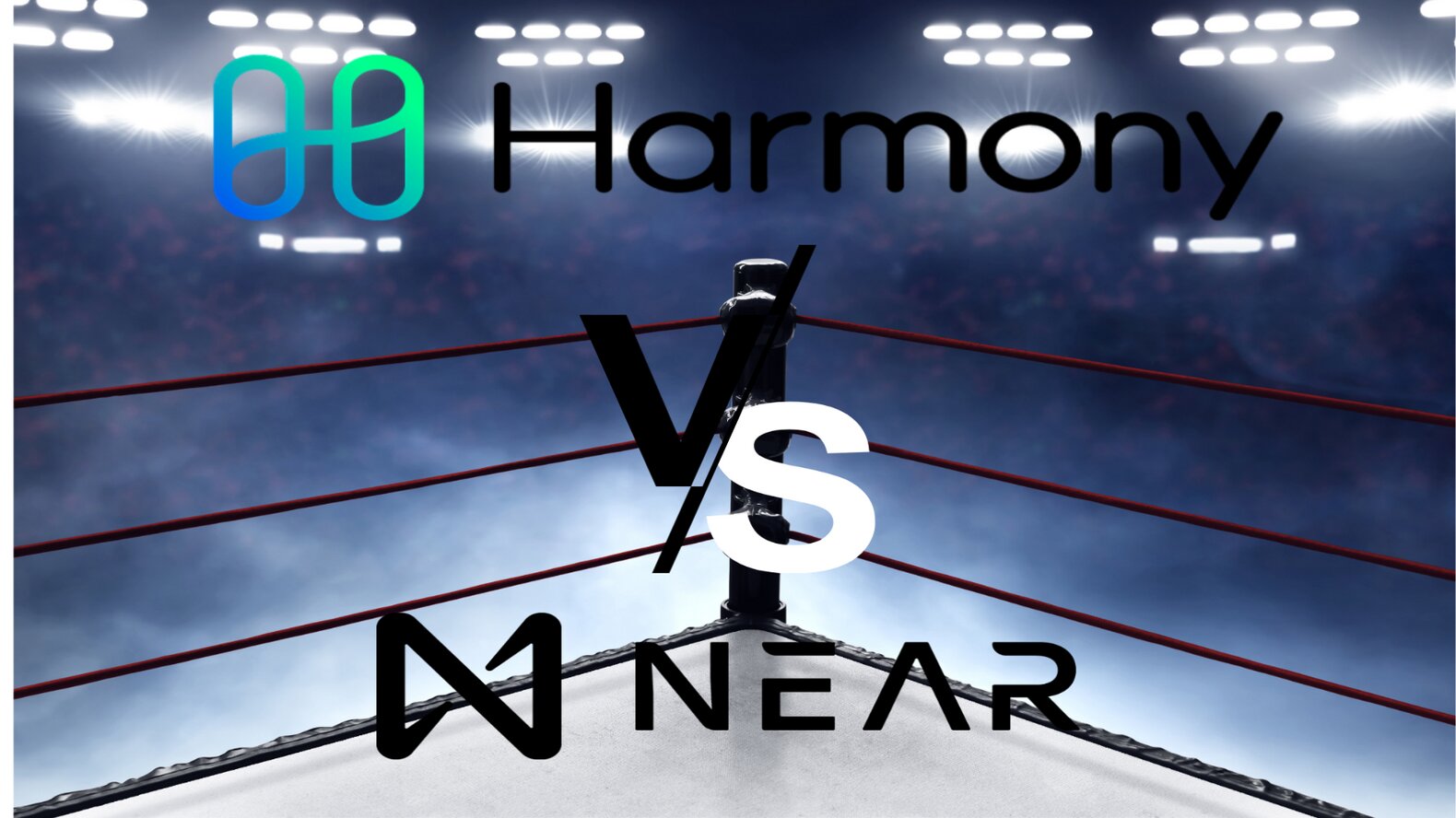 The inception of Bitcoin may have been the beginning of a new form of currency, but consequent blockchain innovations are changing the fundamental nature of today’s financial market infrastructure. This paradigm shift is supported by blockchain networks such as Ethereum, where developers can build decentralized applications (DApps).

Last year, the niche made significant progress following the launch of Decentralized Finance (DeFi), allowing users to access decentralized financial products globally. However, this growth has come under pressure as more users adopt DeFi – the main reason being the scalability limitation of Ethereum’s network.

Ethereum blockchain is designed to settle all transactions on its base layer at the core, making it slow and costly. This shortcoming has led to the rise of Layer-1 blockchain solutions that are more scalable, some of which include Harmony and Near protocol. Both projects focus on creating a scalable and secure environment for building DApps.

In the next section, we will compare the value proposition of each to see how they are changing the game for DeFi applications.

Harmony is an open-source smart contract blockchain network that enables developers to build DApps. Notably, this platform is compatible with the Ethereum blockchain, which means developers can leverage the Harmony bridge to use applications while settling back on Ethereum. Harmony’s mainnet is designed to run Ethereum transactions with a finality of 2 seconds and 100X lower fees.

Ideally, this platform seeks to solve the scalability and interoperability challenges that face the blockchain ecosystem. The network’s decentralized infrastructure, security, low fees, and speed has attracted Ethereum native applications such as Chainlink and Sushi, amongst others. It is also noteworthy that Harmony users can connect to Binance Smart Chain, which is an Ethereum Virtual Machine (EVM) compatible chain.

Why #scalability in public #blockchains

It’s like being in #SF #Route1 at 5 pm with 100 roads instead the current 6 being shared with 1000s of other unimpressed drivers#tech #blockchain #harmony #crypto #cryptonews #btc #altcoin #buidl #nodes pic.twitter.com/lHlbWcLUOt

Like Harmony, Near protocol is a smart-contract DApp platform focused on powering the future of the open web and its affiliated economy. This Layer-1 blockchain network enables developers to build serverless applications while giving them access to the open finance ecosystem. The Near protocol blockchain also introduces scalability solutions for crypto innovations, reducing the transaction fees by close to 1000X combined with 70X faster transaction finality.

In addition to its scalability solution, Near protocol features a permissionless bridge supporting ERC-20 tokens and solidity smart contracts. Projects built on the Ethereum blockchain can easily integrate with the Near protocol blockchain and access other open web applications.

?ICYMI: Interoperability isn’t just #NEAR, it’s HERE with the launch of the #NEARRainbowBridge. ? The first of its kind, a universal and fully trustless asset bridge that doesn’t rely on any external authorities.
➡️https://t.co/KvgmcOdxpJ #NEARProtocol #blockchaintechnology pic.twitter.com/GtXDtjNyom

Comparison of the Value Proposition

While both Harmony and Near protocol seek to solve a similar goal, each project has its competitive advantage based on the infrastructure. Let’s highlight the value proposition by these Layer-1 chains to understand better how each is designed.

Given Ethereum’s scalability challenges, Harmony and Near protocol have both implemented sharding technology to reduce the settlement workload on the base layer. Harmony leverages Random State sharding with a shard size of 250 nodes, while Near protocol uses Nightshade sharding. The former approach not only enables scalability but guarantees security by preventing single shard attacks. Meanwhile, Near protocol’s Nightshade sharding primarily focuses on bundling all the transactions for all shards into one block for settlement.

Before the debut of interoperability solutions, blockchain environments such as Bitcoin and Ethereum were operating in isolation. This is now changing with upcoming Layer-1 networks like Harmony and Near protocol, which feature bridges to other ecosystems. The Harmony smart-contract blockchain provides developers with an open-source environment, enabling them to integrate EVM/solidity and BSC projects. Similarly, Near protocol’s decentralized ecosystem facilitates the building of applications within its ecosystem and EVM compatible environments.

Harmony and Near protocol use advanced versions of the Proof-of-Stake (PoS) consensus for transaction validations. The former platform employs an Effective PoS (EPoS) model, which reduces centralization by distributing rewards fairly to about a thousand validators. In essence, the EPoS consensus eliminates validators who double sign and imposes penalties on elected but unavailable nodes.

As for Near protocol, the platform leverages a Threshold PoS consensus. This algorithm introduces an election mechanism to predetermine the network validators with the number of witnesses capped at 1024 per block. Near protocol’s goal is to increase decentralization, security and create a fair reward distribution system.

As is the case with most blockchain projects, Harmony and Near protocol are guided by the tokenomics surrounding their native crypto tokens. Harmony’s native token, ‘ONE’, has a circulating supply of over 10 billion coins, with the annual issuance set at 3%. It is currently trading at $0.0852, listed on prominent exchanges, including Binance and Crypto.com.

Near protocol’s NEAR token also enjoys the listing of popular exchanges; the token’s current price is $2.04. Per the project’s tokenomics, the NEAR token supply is capped at 1 billion, with over 412 million tokens already in circulation.

The innovation of blockchain ecosystems has brought about new possibilities across many industries, with the most noticeable ones being in finance. However, this growing ecosystem faces scalability challenges, hindering the mainstream adoption of blockchain and crypto-assets altogether.

Not for so long, though, the landscape is now shifting towards scalable blockchain networks whose fundamentals do not compromise the security that comes with the base layer. Harmony and Near protocol are some of these upcoming blockchain networks.
While none may be the clear winner, Harmony’s focus on both scalability and security by preventing single shard attacks sets a good stage for the development of decentralized applications.

Best Way To Stake Ethereum 2.0 Guide: Enterprise and Individual Use

Best Way To Stake Ethereum 2.0 Guide: Enterprise and Individual Use