Perhaps you’ve been observing the cryptocurrency space for a while, studying the use case and price shift of specific crypto-driven.

Among the top cryptocurrencies in the world today, you’ll have found that there’s a similarity between Solana (SOL) and Cardano (ADA), namely how they enable other dApps and decentralised marketplaces. It’s not surprising how much they’ve attracted in market cap and trading volume.

Like these two coins, a new coin, Parody Coin (PARO), is on the same trajectory, and it’s likely to take the market by storm. It features an NFT ecosystem, tokenomics, and design objectives that set it up for mass adoption in years to come. Keep reading to learn more about Solana (SOL), Cardano (ADA), and Parody Coin (PARO).

Solana (SOL) is a leading cryptocurrency with over $33 billion in market value. It is a decentralised blockchain designed to stimulate the creation of dApps and decentralised marketplaces. It was founded by Anatoly Yakovenko in 2017, and ever since, Solana (SOL) has constantly stood out for its ultra-level speed, transaction throughput, and product utility. Due to its super combo of proof-of-stake (PoS) and proof-of-history (PoH) – Solana (SOL) currently holds the record for the world’s fastest blockchain and can process transactions up to 50,000 per second.

This speed has earned its appellation as the “Ethereum Killer”, as it powers faster transactions on dApps, and marketplaces built on its protocol. Recently and for the first time, Solana beat Ethereum via trading volume when during a 24-hour trading span, its NFT secondary market sales generated nearly $24.3 million in total during the previous 24 hours.

While this was happening, Ethereum (ETH) sales added up to $24 million during the same span across all its marketplaces. This 436% Solana NFT sales jump in one day was mainly due to the launch of Trippin’ Ape Tribe, a new Solana NFT profile picture project that launched on Magic Eden on 24 May.

Cardano (ADA) is one of the leading cryptocurrencies with over a $17 billion market cap. Much of its fame draws from its appellation as the next-gen evolution of the Ethereum idea due to its flexible, scalable, and sustainable blockchain designed to run smart contracts and power the development of play-to-earn (P2E) games, dApps, new tokens, and NFTs.

The Cardano (ADA) platform is open-source software for designers and inventors. This is perhaps why the management is constantly driven to make it a more secure, scalable, and super-efficient decentralised system. ADA tokens are generally limited to 45 billion tokens, and they’re a veritable source of passive income if you’d like to hedge the current inflation. 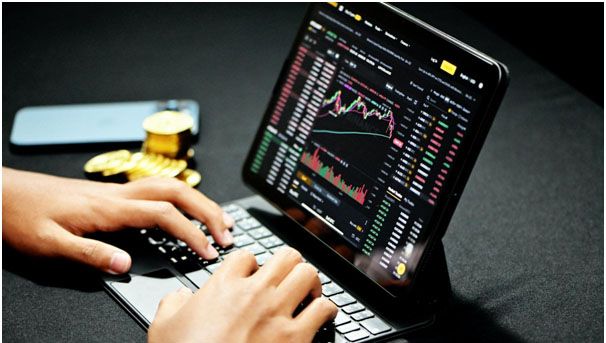 Parody Coin (PARO) is typically a deflationary utility created on the Binance Smart Chain (BEP20) by a group of developers from the United States, Germany, and Australia. PARO is the native coin of the Parody Coin ecosystem through which users pay fees to mint, sell and transfer NFT parodies between wallets on the marketplace. The token is designed to provide users with accessible and easy-to-use products that have exceptional utility in NFT and Metaverse.

It serves as the medium of exchange in the Paroverse and the other DApps launched in the ecosystem. The Parody Coin protocol constitutes a token reflection model, enabling crypto holders or investors to engage in exchange, pay a required fee, and enjoy discounts. The Parody Coin ecosystem incorporates some fantastic features of the NFT market for the corporate benefit of the platform’s community.

The design objective also addresses the issues of inaccessibility and high transaction costs faced by users when minting and trading NFTs. For PARO, the long-term plan is to build a decentralised application where developers can design and deploy apps, thereby enriching the community and expanding its footprint to a larger demographic of blockchain developers. The PARO token will launch onPancakeSwap. In total, 72 Billion PARO coins will be pre-mined.