The popularity of the crypto industry has only been increasing over the past year and the NFT space and the metaverse are parts of it that have gotten a lot of that attention which has increased its adoption and growth.

The almost overnight explosion of NFTs is still very shocking and inexplicable but rather than focusing on their past, it might be wise to think of how to get into that sector.

Parody Coin (PARO) is a new crypto project with an innovative feature that has been rumoured to change the entire world of NFTs and their accessibility.

However, before introducing this new token, let’s look at some current top dogs in the NFT space.

The above-mentioned name needs no introduction in the crypto world but for some who might not know about this project, what is Solana (SOL)?

It is a decentralised open-source blockchain network built to allow user-friendly and scalable apps for the world. It is no doubt the fastest-growing ecosystem in the crypto world and it has claimed to be the fastest blockchain in the world.

The blockchain truly is fast, performing about 65,000 transactions per second (TPS) while maintaining a very low cost of transactions. It also has projects across the DeFi, Web 3.0, and NFT spaces.

Recently, Solana (SOL) NFTs have been endorsed and approved by OpenSea which means that NFTs minted on the network are now available to trade on OpenSea.

OpenSea is the biggest marketplace for NFTs as measured by volume.

With over $15 billion in market capitalisation, Solana (SOL) is one of the biggest NFT cryptos in sales.

Decentraland (MANA) is a platform that allows the creation of digital worlds based on content from virtual reality through which users can earn. 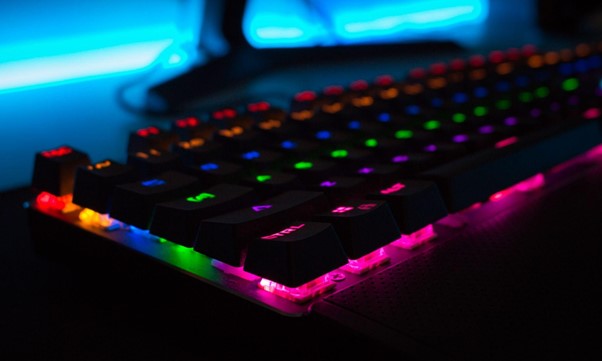 Users can pay for assets like avatars and land parts on the platform through the use of its native token MANA. The project has over $1.5 billion in market capitalisation and is in the top 50 cryptos on CoinMarketCap.

Also, in recent news for Decentraland (MANA), there’s an upcoming partnership with Venus Entertainment and Lumiere to create metaverse and NFT-focused angles for the upcoming film on Ethereum’s founder Vitalik Buterin.

The film is called “Infinite Machine”, has a budget of $16 million, and is expected to be the first film ever to be financed by NFT.

The film is projected to go through its third round of NFT issues in the next few months.

The agreement between Venus and Decentraland is to develop the NFT collection and incorporate it into Decentraland.

A project like this is sure to boost the popularity of Decentraland (MANA) and who knows, maybe its value too.

Parody Coin (PARO) plans to shake up the crypto space

Before delving into this project’s plan to revolutionise the cryptocurrency industry, let’s introduce it.

Parody Coin (PARO) is a deflationary BEP-20 utility token built on the Binance Smart Chain (BSC) with plans to provide numerous ways for its users to be rewarded for participating in its Paroverse.

The platform features a Parody Market for NFTs along with Parody Swap and Parody Bridge.

Parody Market is a decentralised app built on the BNB Chain with a user-friendly interface to help users mint parodies of popular NFTs on Ethereum, BNB Chain, and other blockchains.

Users can then put the NFT parodies up for sale or buy from ones that have been displayed for sale by others.

This feature by Parody Coin (PARO) provides a way to make the NFT space more accessible and affordable for the general public.

A great aspect of this marketplace is that the NFT parodies are not completely cut off from the originals they were cloned from.

The owners of the original creations can claim ownership of the parodies by locking up or burning the original NFT.

This creates a high chance that some NFT parodies might replace the original on the marketplace.

With what it is bringing to the NFT table, Parody Coin (PARO) has a lot of potential for growth.